Tom Simons is a Youtuber with 11.2 M Subscribers on his main channel, TommyInnit, a Minecraft-based channel. His other channels include Tom Simons and TomOutit. He also has a Twitch account. He posts very frequently on his Twitter, Instagram, Facebook, and many other social media accounts (around once a day). He often posts pictures and videos on his accounts, but he keeps them protected while still sharing to the fullest. 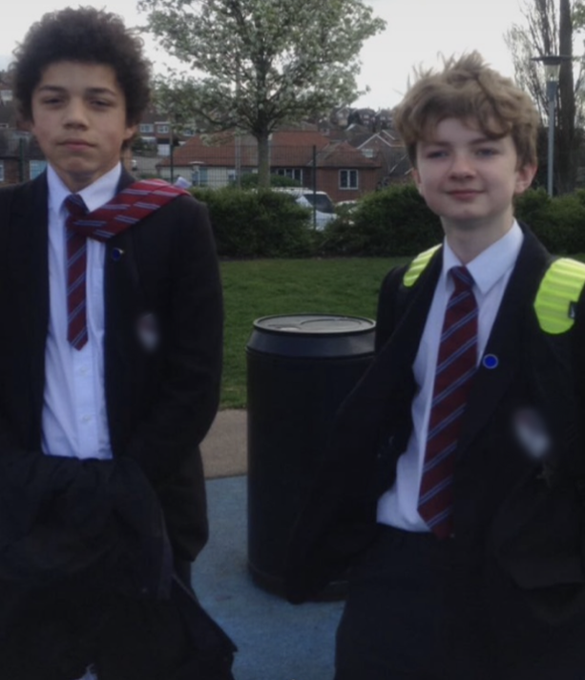 One picture he posted on Instagram shows himself and another influencer standing in a neighbourhood. He says that it was taken 4 years ago and that the other person standing in the photo went to the same school as himself. This could potentially be used against him in the future for scams and such. However, he protects his information by blurring out the badge of his school uniform. It’s a picture that shows a connection he has with another influencer without sharing too much about his own personal life.

In this photo, he is at a trampoline park with his friends. The background reveals what trampoline park he’s at by telling us its name is “jump in”. There are only a few locations of this park, therefore someone really trying to find Tom could use the locations of the park to narrow down where he went. Then they just need to piece together some information to find Tom. However, no one will go to that extent just to find one person, so Tom’s info is protected well.

​Tom Simons’ accounts have been hacked before, but he was fortunate not to have too much information leaked out. Although he does mainly Minecraft videos, he also posts vlog videos and pictures that may potentially expose information about him. He is conscious about posting and tries to conceal his personal information. My advice is that he posts pictures that have less text (or blurred text) and are not current. I also advise him to use a password manager and use websites like haveibeenpwned.com to manage his account from being hacked.